Let us celebrate the illustrious life of an iconic Indian acting legend Soumitra Chattopadhyay (19 January, 1935 – 15 November, 2020), an exceptionally humble human being as well as a highly talented actor.

He was an intellectual where his effortless journey from drama to film to poetry and art made him one of the most outstanding personalities of Bengali and Indian cinema.

Our local Philadelphia Bengali community Pragati has fond memory of the actor. Soumitra was the main attraction of 1997 Bango Sammelan.

Ms. Sunanda Banerjee eloquently reminisced, “Can’t believe Soumitra Chatterjee, Satyajit Ray’s find, is gone forever! Kolkata has lost Apu. Every time we went to our favorite city, we saw Soumitra in some platform, either in some recitation, play, or movie.

Lately, we saw him in movies as a father or grandfather, depicting an elderly role. However, the charm of young Soumitra was always there. Of course, he had many talents, apart from being a superstar.

He was a poet, an artist doing sketches and paintings, editing journals and directing plays. Women went crazy over him as he was extremely good looking too. My husband Ananda and I were very fortunate as we met him several times.

In 1997, Pragati organized NABC in Philadelphia. Soumitra was our main star. He enacted the play Tik Tiki. We were all mesmerized watching the play. We got to meet his wife and son too. Soumitra was quite down to earth too, sitting with us in an old Bengali adda and camaraderie.

The next day, Shanta Ghosh, Runa Bhattacharya and I took him and his family out for a tour of Philadelphia. We noticed how knowledgeable he was in his appreciation of the architecture of the city and noticing the colonial style of the old part of Philadelphia.

Tears come to my eyes when I think he is no more. We met him a couple of years earlier. I was thrilled when he recognized me. I asked ‘How did you remember me?’ He smiled and said ‘Pragati took very good care of me when I was in Philadelphia. I can’t forget that.’ I was absolutely delighted. It was a big moment for me.

May Soumitra Chattopadhyay rest in peace; the legend will be missed forever.

A tribute to Soumitra! 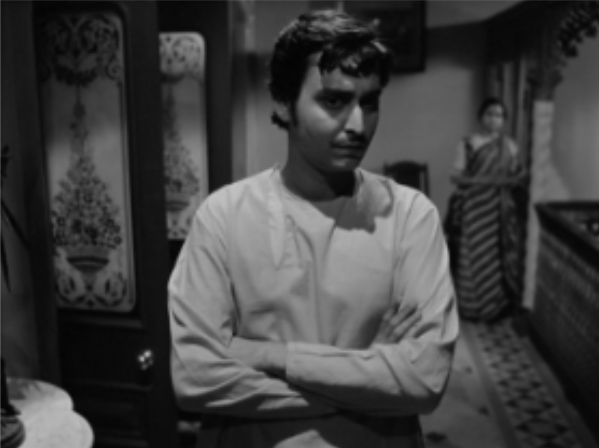 Read our tribute message and about Pragati's association with Soumitra! Click here »